For the Human, Hybrid, and Machine project I wanted to create individual creatures (one human, hybrid, and machine) places on the background of a dictionary page to not only connect word associations with the creatures, but also reference the visual depictions of words sometimes seen in dictionaries when referring to creatures. I aimed to connect the images to one another by adding a theme of sewing. I chose this theme as reference to my own studio work with textiles, and also I feel like this could better tie one piece to the next by creating a common action. Additionally, I added bone elements to each piece, the color red, unified labels, and similar background pages.

Posted by Ali Houghton at 5:56 AM No comments: 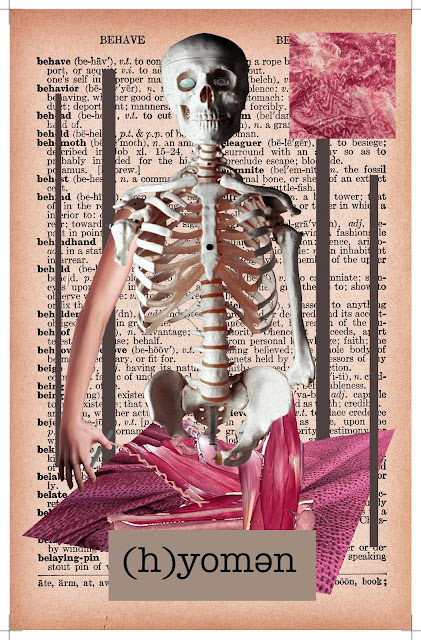 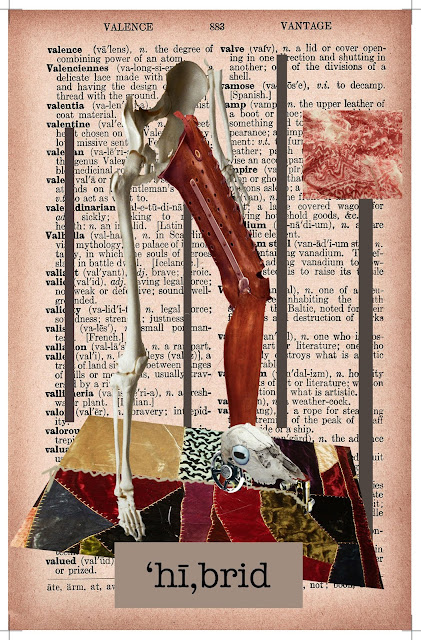 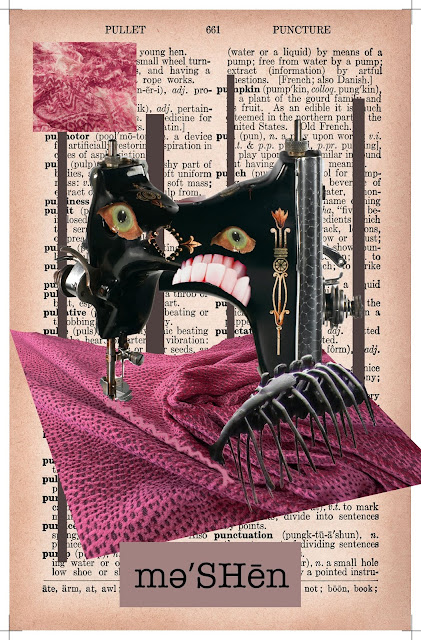 Posted by Ali Houghton at 9:32 AM No comments:

Here are my three drafts for the Human, Hybrid, and Machine collage project. I'm new to Photoshop so it has taken me a long time to make little adjustments and I feel like these images are still very much in a draft form. My idea is to create strange creatures one human, one hybrid, and one machine that are collaged together with different materials or objects. My inspiration has come from Victorian animal catalogs, steampunk style, skeletons, and items that feel generally a little creepy and antique. As I started working with this theme, I decided to add the act of sewing to each piece, as a little nod to working with textiles in my studio practice, and also I feel like this could better tie one piece to the next by creating a common action.

In the human piece I'm working to add areas of flesh, a sewing tool, and perhaps making the act of sewing be re-sewing his flesh on? (I think it'd be interesting and creepy.)

In the hybrid piece, I'm adding robotic and metal steampunky elements in certain areas of the skeleton form. Additionally, I'm adding a sewing machine to the metal leg to have the hybrid sew with his feet.

In the machine piece, I'm trying to create this machine and bone creature that ultimately is a living sewing machine creature. 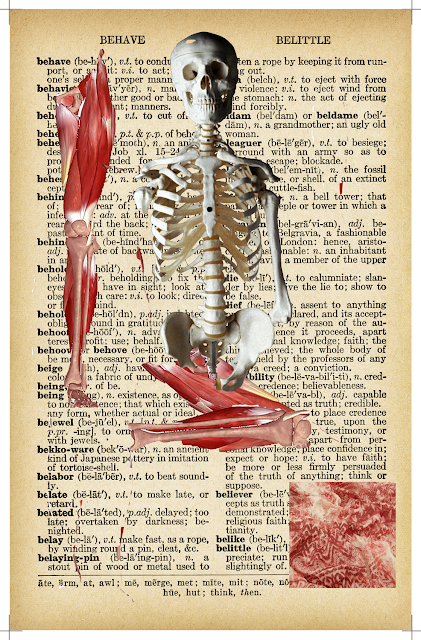 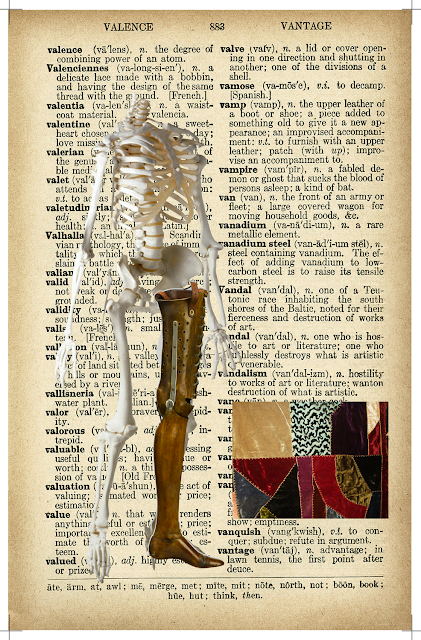 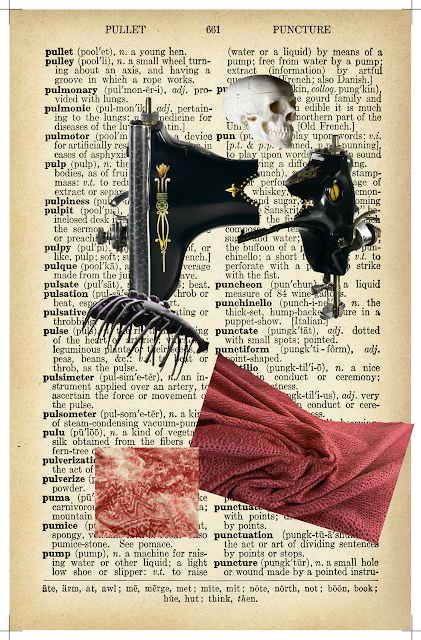 Posted by Ali Houghton at 9:38 AM No comments:

The article, New Media Art by Mark Tribe discusses what new media art is as well as the historical origins and cultural influences that has spawned modern day new media art.The article begins by discussing the definition of new media art, “projects that make use of emerging media technologies and are concerned with the cultural, political, and aesthetic possibilities of these tools.” Furthermore new media art can be broken down into 2 categories:
1. Art and Technology (electronic, robotics, etc.) and
2. Media Art (video, experimental film, etc.)

The author continues, diving into the past artistic styles that influenced and inspired the rise of new media art. Some styles included Dada, Pop Art, Conceptual Art, and Video Art. The most important note for the rise of new media art, probably goes without mentioning, is the rise of a globally-connected internet and simplified technologies that are readily accessible to the individual, allowing many more people to dabble in painting, writing, photography, collage, etc. if they only have access to a computer. With these changes in technology, new media artists have been found to be more likely to work in teams and collaborations than traditional artists.

The article also goes into the struggles of collecting and preserving new media art. It is very difficult to acquire and preserve new media art because much of the technology artists use to create a piece is completely updated or even irrelevant in the matter of 10-20 years or even less. Additionally storage for new media art can be difficult because much doesn’t need to be physically stored, but rather digitally so the same issue of needing to update the storage programs regularly to stay relevant is a constant concern.

So what is new media art and what is traditional art? What are the differences between these two art types? Although new media covers some obviously new styles of art such as internet art, video game art, etc. Mediums of art such as painting, photo editing, and drawing can actually be considered both old and new media. This is because some new media art builds upon traditional art, like in the instance of Photoshop taking over roles of darkroom, painting, collage, drawing, etc. These traditional tasks are just streamlined by modern technologies and internet, allowing a craft such as painting which traditionally has numerous tools, objects, etc, now can all be done on one laptop with a Photoshop program.

Posted by Ali Houghton at 9:38 AM No comments: 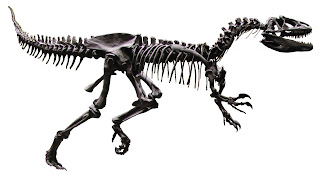 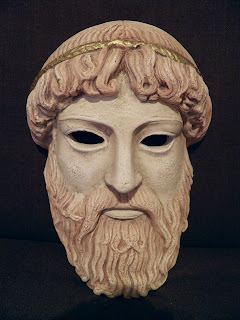 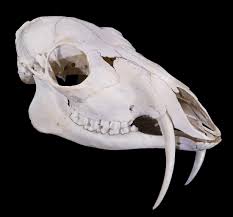 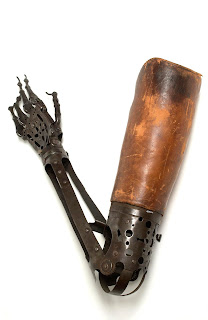 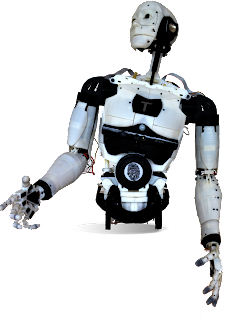 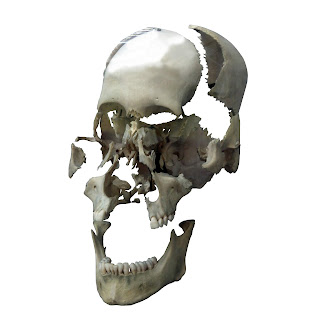 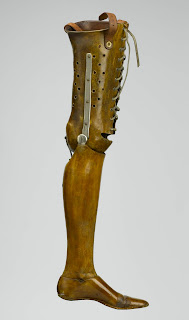 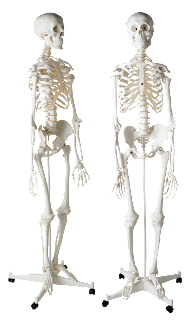 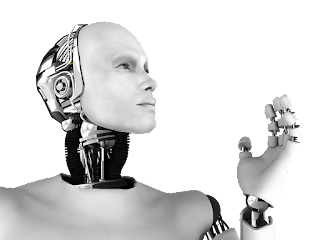 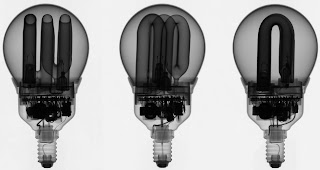 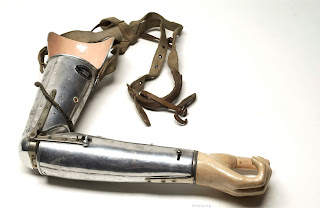 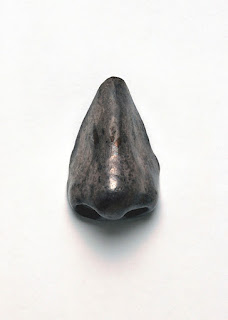 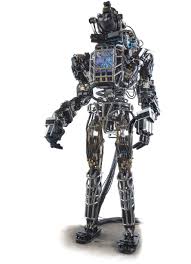 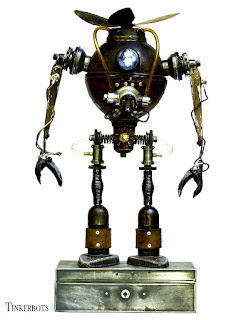 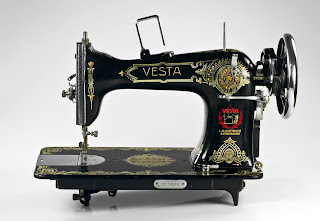 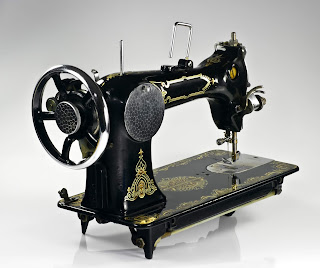 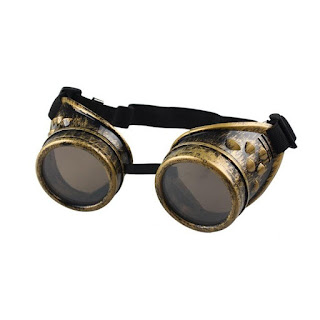 Posted by Ali Houghton at 4:54 AM No comments:

For the Human, Hybrid, and Machine Project I want to create 3 strange otherworldly beings that are partially human and machine/ robotic with jumbled body parts and machine parts. Some of my inspiration for these reconstructed beings include the character Edward Scissorhands, the steampunk style, and human prosthetics. (If each image of the tryptych needs to be only human or machine, I will reconstruct these beings out of only natural or machine objects.)
Posted by Ali Houghton at 4:51 AM No comments: